how to re-draw the line you just printed in Ruby, like to make a progress bar

Here’s something I learned recently. Let’s say you have a program that is going to take a long time, and you want to mark the progress over time. You can print out some information like this: 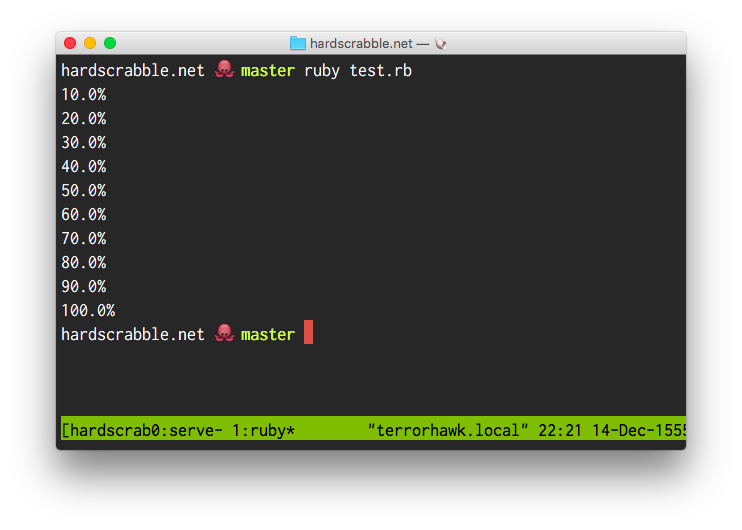 Which is, let’s say, serviceable, but not, let’s say, beautiful. It stinks that it printed out all those lines when it didn’t really need to. I would rather it had sort of animated while it went. But how is this done?

This is one of those questions that’s itched at the back of my mind for a while and which, when I finally googled it, was a bit disappointing. It’s just another unix escape character, like \n (which prints a new line). It’s \r, which I now think of as “the backspace to the beginning of the line” magic character.

Armed with this knowledge and some clunky math we can write something like this:

Probably you shouldn’t use this – there’s a very nice gem called ruby-progressbar which will work across platforms and lets you customize some things. But it’s nice information to have, because now you can do things like this:

I’ll leave it as an exercise to the reader how to write this one.