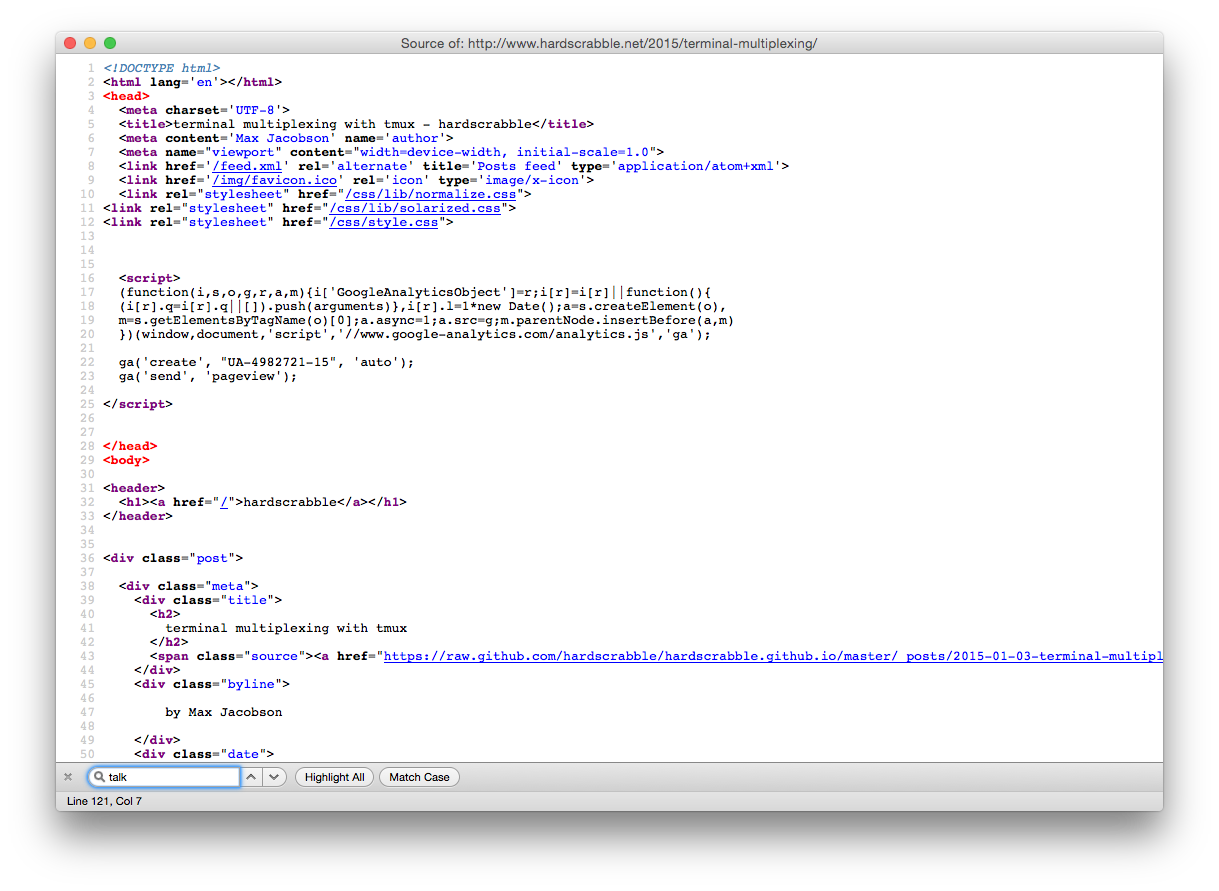 That’s the “View Source” on a recent post here on the blog.

Do you ever discover a problem weeks or months or years after it was introduced? How did you discover it?

The HTML markup on my website has been broken for a while, but I only just noticed today, and then I noticed twice, the way you learn a new word and then hear it again right away.

I’ve looked at that view source several times while poking around on this site, and I can vaguely recall being concerned that some of those tags are highlighted in red, but never taking much notice of it, because the site works more or less fine.

Today while bored I took a look at a very neat iOS app called View Source, which provides an iOS 8 extension for viewing the source of any website right in Safari. When I tried to run it on my own blog (as you do), I saw this: 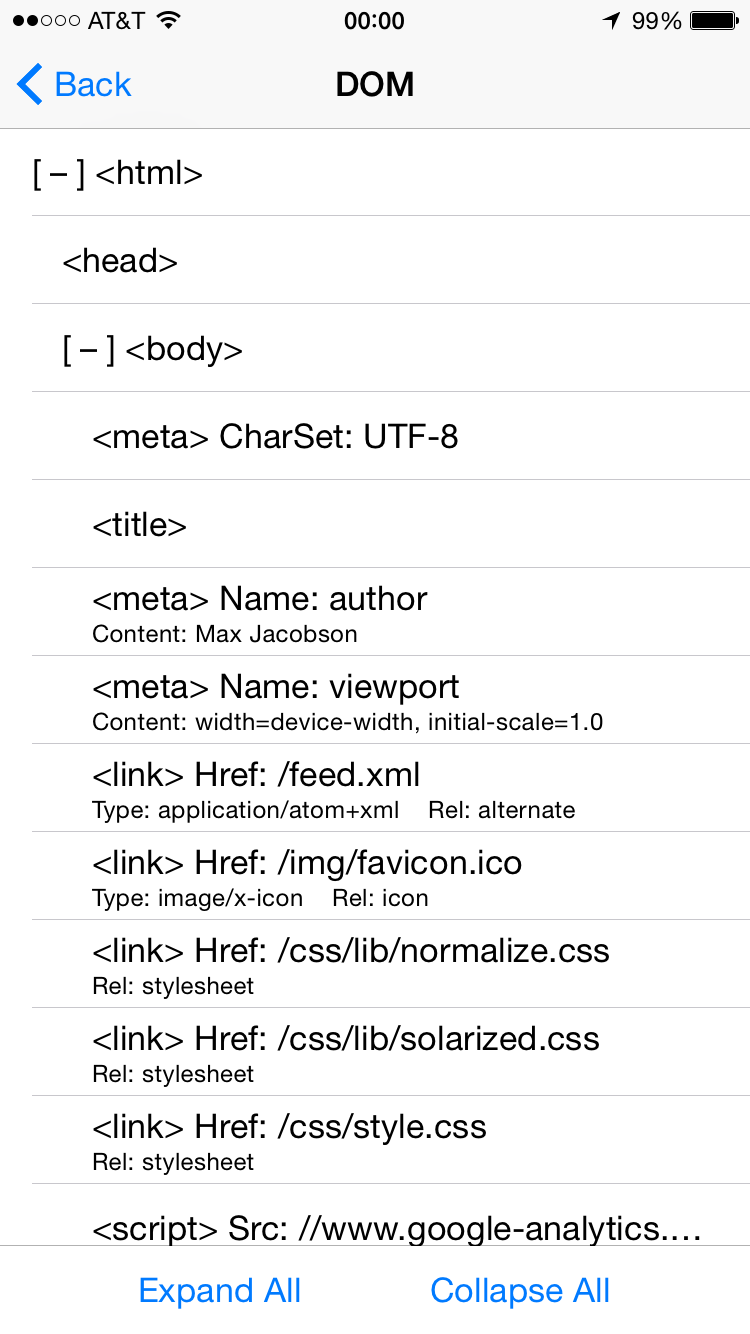 That… looks kind of wrong? Why’s all the head stuff in the body? Huh?

So just a few minutes ago I opened up my text editor and opened the relevant file to make a fix, and I saw this: 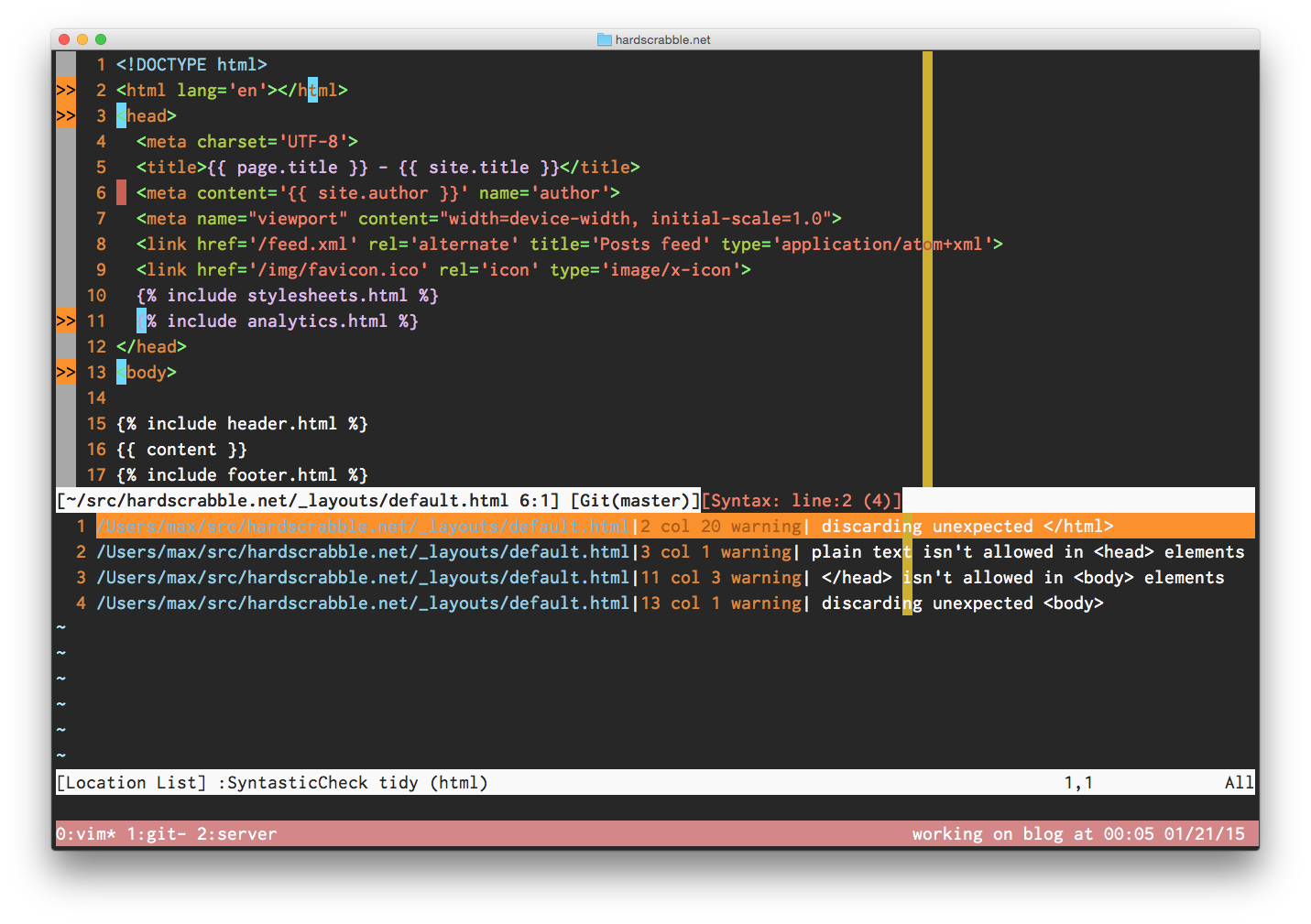 Hell yeah! Where was that error message when I first introduced the problem?

Well, it was nowhere, because I only started using that plugin like last week, and I introduced the problem a full 615 days ago while sloppily porting my layout from haml to Jekyll.

Probably my moral is: be careful out there! And pay attention to your inklings.

Here’s my second moral: even after making the fix, there are still some errors reported by the plugin because it’s confused by the Liquid tags, which aren’t valid HTML! I’m going to push the fix and use the online validator instead. Sooooo tools aren’t a panacea.