Here’s a screenshot of my desktop as of right now: 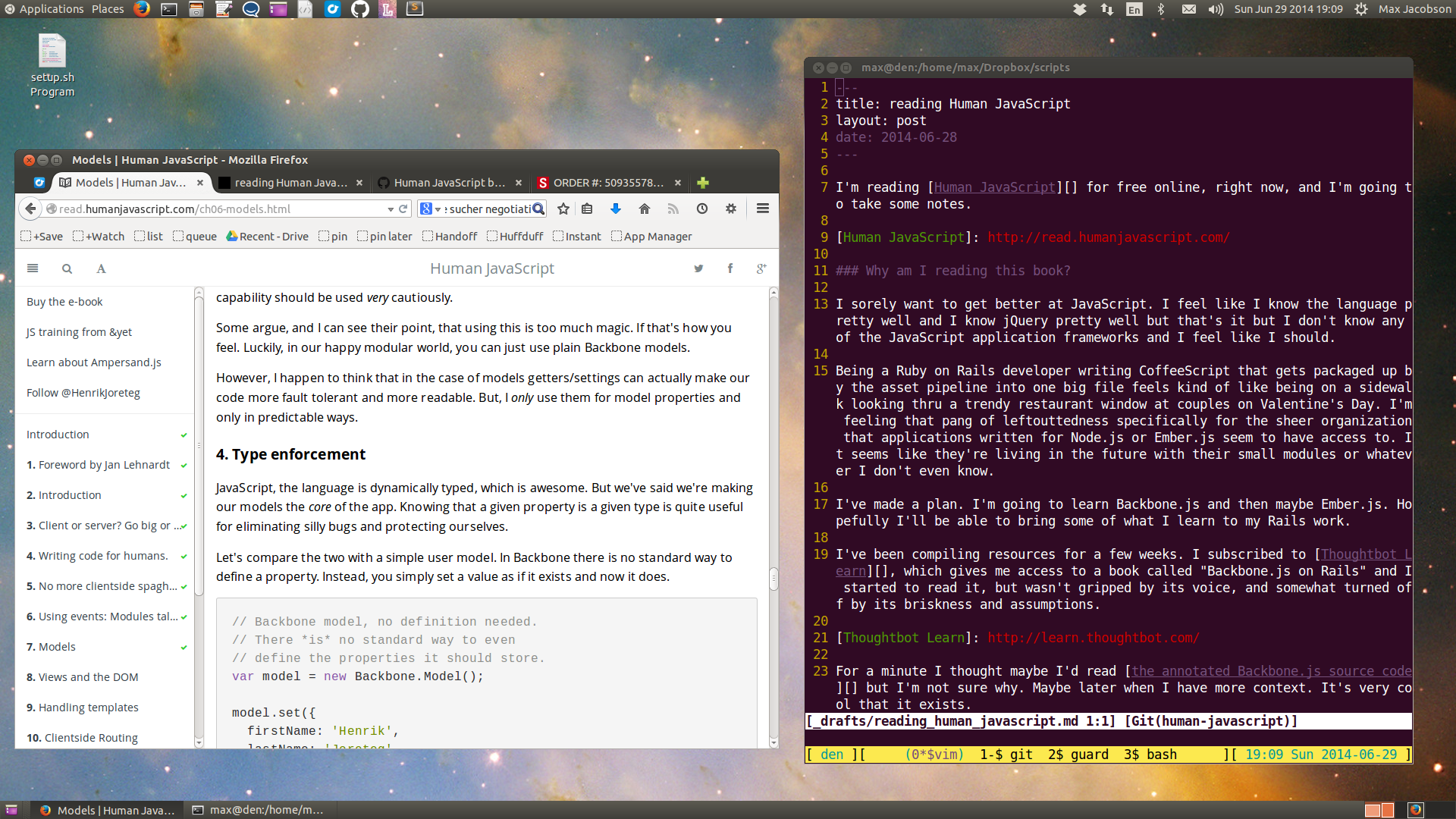 It’s an Intel NUC. It’s tiny. It’s mounted to the back of my 23” Monitor I bought like 4 years ago. It’s really clever – those 4 standard screws that are meant for mounting the monitor to an arm or the wall can instead have the computer mounted to it. It’s replacing an old 40 pound (maybe, I’m totally guessing) Dell tower hand me down from my dad’s office.

It’s running Ubuntu 14.04 LTS1 with the Gnome Metacity Flashback desktop. I really like this desktop because it leaves a ton of space for stuff on the screen, but has access to all the stuff you need. I haven’t used Linux very long, just as a secondary computer for two years or so, but nonetheless I’m nostalgic for this desktop beacuse it’s the one I first used on a very underpowered netbook. I enjoy its multiple desktop indicators in the bottom right corner, which show the position of the windows in silhouette. I like pressing ctrl+alt+arrow to go between them, and ctrl+alt+shift+arrow to drag the active window with me.

I figured out today how to remove icons from the top left launcher panel. I could not figure it out at all, and was grateful to see others struggling with the same. I took the opportunity to add some nice web bookmarks.

I took a few minutes today to read about Mint Linux and considered switching, but I don’t really like how it looks. I’m worried that this particular look that I use isn’t very popular and won’t be maintained for long, so I want to share that I like it this way and I recommend it, especially for programmers and writers interested in a simple and clean user experience that’s not plugged in to all of their existing notification-generating lives.

My new computer isn’t actually very new. I got it nearly two months ago. I haven’t given much thought to the idea of using Linux as a primary computer. I think that would be pretty hard given how used I am to OS X, but it’s a terrific secondary computer.